I recently had to parse some markdown using the marked npm package and convert it into JSON objects for a project I’m working on. When I parsed the markdown I’d get back an array of tokens that would look something like the following: I started out the “normal” way by doing a for…of loop to iterate through the tokens in the array. This worked, but tracking the start and end of a token meant adding extra variables which ultimately complicated the code. For example, how do you know if you’re in a list? You track it with an inList variable […] 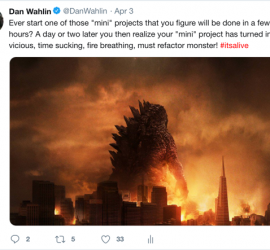