I’m a huge fan of Docker and am using it a lot in various projects now. In fact the https://blog.codewithdan.com site is running in Docker containers on Azure. Three containers are used and managed with Docker Cloud:

What’s great about Docker is that I can have a local version of my blog up and running on my dev machine in a matter of minutes and it mirrors production. That makes it easy to test out various WordPress changes (plugin and theme updates for example) rather than trying them on my production server which can be scary! If you’re working in an enterprise environment this capability is especially useful with Line of Business apps that may require a lot of moving parts such as a reverse proxy, one of more running web servers, databases, caching servers, etc.

Docker for Mac and Docker for Windows provide several key benefits especially to developers using Docker in their workflow:

Both the Mac and Windows apps use OS-optimized virtualization services including xhyve on Mac and Hyper-V on Windows. You won’t have to worry about using Docker Machine to setup the environment (as mentioned earlier) but can still use standard Docker Client commands as well as Docker Compose commands in any command window. You can also easily restart the VM and configure it (CPUs, memory, etc.) by clicking on the icon in the toolbar on Mac or tray on Windows: 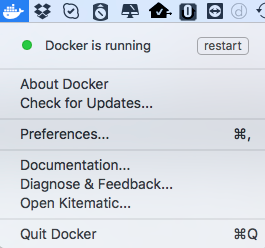 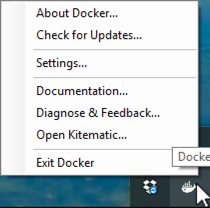 On Mac you can go to Preferences to set the number of CPUs and amount of memory you’d like the underlying VM use: 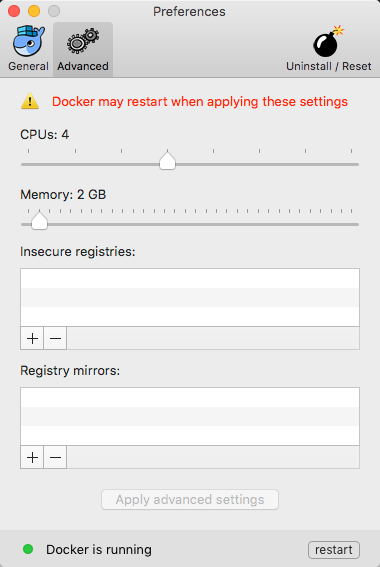 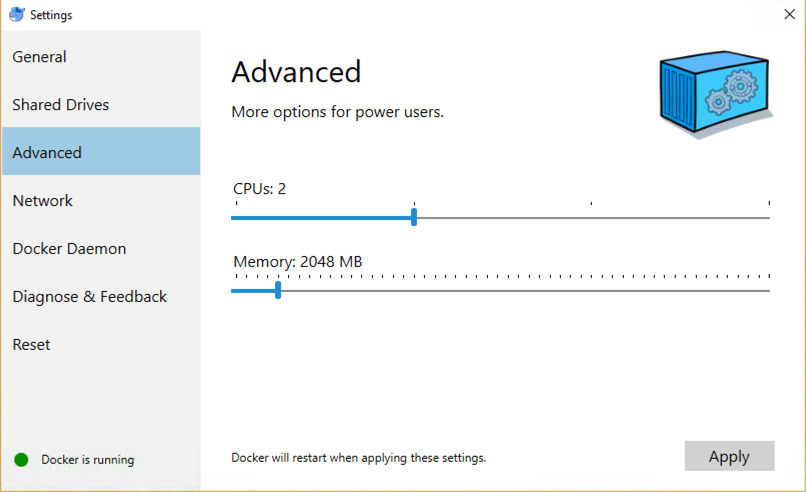 Docker for Mac and Docker for Windows make it even easier to get started using Docker on your development machine.  Since it’s lightweight and fast I have it setup to automatically start as I login and keep it up and running on my machine. What’s really nice is that once it’s installed on your dev box you can open a command window and use Docker directly without any additional configuration:

If you haven’t looked into Docker yet, there’s no time like the present. Once you understand how it works you’ll find that it’s quite amazing and great to add into your development workflow (definitely my favorite technology over the past few years). If you’d like to learn more about Docker from a developer standpoint check out my Docker for Web Developers course on Pluralsight!