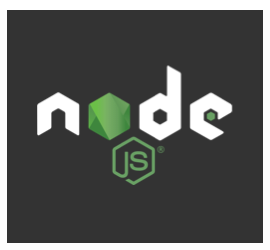 I’ve always been a fan of convention-based routing so I converted a local route generation script I’ve been using with Node.js/Express applications into an npm package called express-convention-routes. The package can be used to automate the creation of Express routes based on a directory structure.

What’s a convention-based Express route? It’s a route that is dynamically generated and associated with a “controller” function without having to explicitly code the route yourself (i.e. you don’t write code such as app.use(‘/foo’, router)). express-convention-routes creates routes automatically by parsing a convention-based folder structure such as the one below when the server first starts.

This allows application routes to be created without having to write any app.use() code to define the individual routes. Using the previous folder structure, express-convention-routes would create the following routes (and associate them
with the appropriate “controller” functions):

Each folder contains a “controller” file that defines the functionality to run for the given route. For example, if you want a root route you’d add a file into the root controllers folder (index.controller.js for example). If you want an api/cart route you’d create that folder structure under the controllers folder (see the folder example above) and add a “controller” file such as cart.controller.js into the api/cart folder. You can name the controller files anything you’d like and they can have as many HTTP actions (GET/POST/PUT/DELETE, etc.) in them as you want.

To get started using the npm package, perform the following steps:

I originally got the convention-based routes idea from ASP.NET MVC (as well as other MVC frameworks) and KrakenJS (http://krakenjs.com). These frameworks automate the process of creating routes so I wanted to do something similar with express-convention-routes while keeping the dependencies as minimal as possible and the code as simple as possible.